Have Great Sex Again With Acoustic Wave Therapy For ED 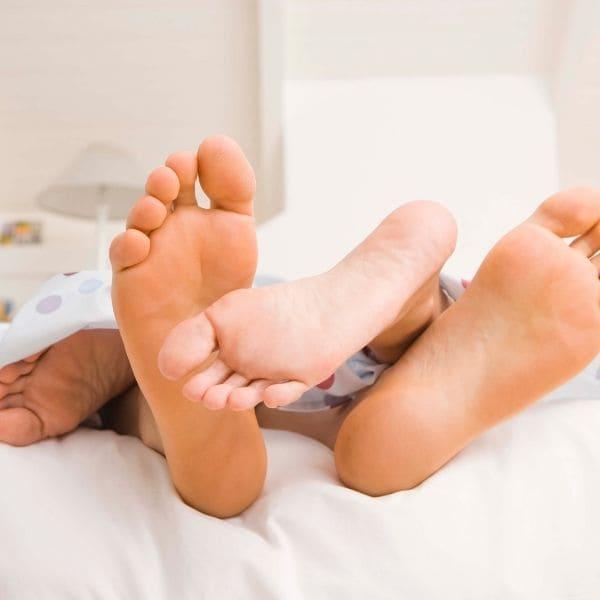 Get Back In The Bedroom With The Newest ED Treatment In Atlanta!

Are you dealing with erectile dysfunction (ED)? Do you want to have great sex again without having to take pills? If so, then the noninvasive treatment of Shockwave Therapy for ED is your best option to get a quality erection and have great sex again!

Choice Men’s Health offers a non-invasive ED treatment so that you can get back in the bedroom.

Extracorporeal shock wave therapy can give you firmer, stronger erections and improve your sexual function.

With a cutting-edge erectile dysfunction treatment that our medical staff can provide, you will be able to improve your sexual health and reconnect with your partner.

While shockwave may sound painful, it isn’t. Most patients feel a tingling sensation during treatment. The only shock that you’ll feel is how well the treatment works.

Stop trying risky supplements or a questionable treatment of erectile dysfunction that you’ve found online. Get long-lasting satisfaction with a treatment option like acoustic wave therapy for ED.

What Is Erectile Dysfunction?

Erectile dysfunction is a very common medical condition that affects millions of men in the United States.  According to the National Institute of Diabetes and Digestive and Kidney Diseases, more than 30 million men are affected by ED.

One of the biggest reasons that many experience erectile dysfunction is due to a vascular issue. There are many health conditions that can often be significant factors for the lack of blood flow, like cardiovascular disease or diabetes. Even medications for blood pressure and some treatments for prostate cancer can lead to erectile dysfunction.

One of the biggest causes of ED is the lack of blood flow to the penis, making it difficult to achieve or maintain an erection for sexual intercourse.

Blood is what gives the penis firmness when erect. When there is a lack of blood flow, it can prevent men from getting an erection or cause them to have a weak erection.

While taking medication has shown to be an effective treatment for ED, many men would like a treatment that doesn’t require taking pills.

This is where shockwave therapy comes in. 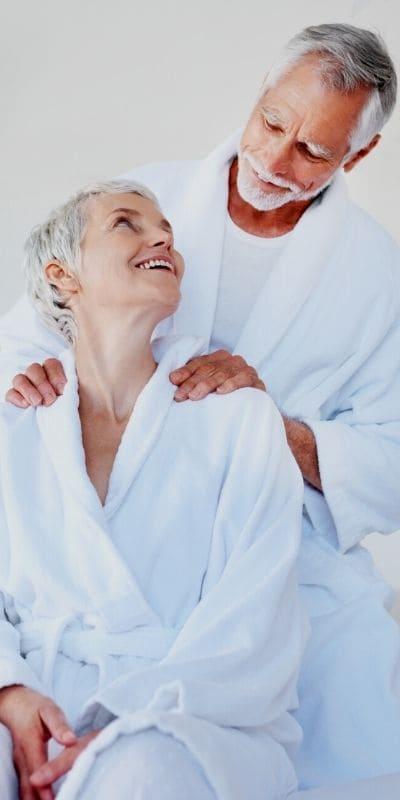 Acoustic Wave Therapy is quickly becoming a popular treatment for erectile dysfunction because it can help cause the regrowth of blood vessels, which causes an improvement in penile blood flow. This improved blood supply can help men achieve an erection without medications and improve sexual activity.

This low-intensity extracorporeal shock wave therapy has been used in a number of medical fields like physiotherapy, orthopedics, and urology.

These fields have used shockwave treatment to help treat conditions like kidney stones, connective tissue like plantar fasciitis, tennis elbow, cellulite treatment, scar tissue, and other medical conditions. This acoustic treatment has also been used to help with pain management and wound healing.

This safe treatment process can also be used to help men see an improvement in erectile function, allowing them to have a fulfilling sex life.

If you’ve tried everything to help improve erection issues, contact Choice Men’s Health today. We offer same-day appointments to get you started on acoustic wave therapy for the treatment of erectile dysfunction. 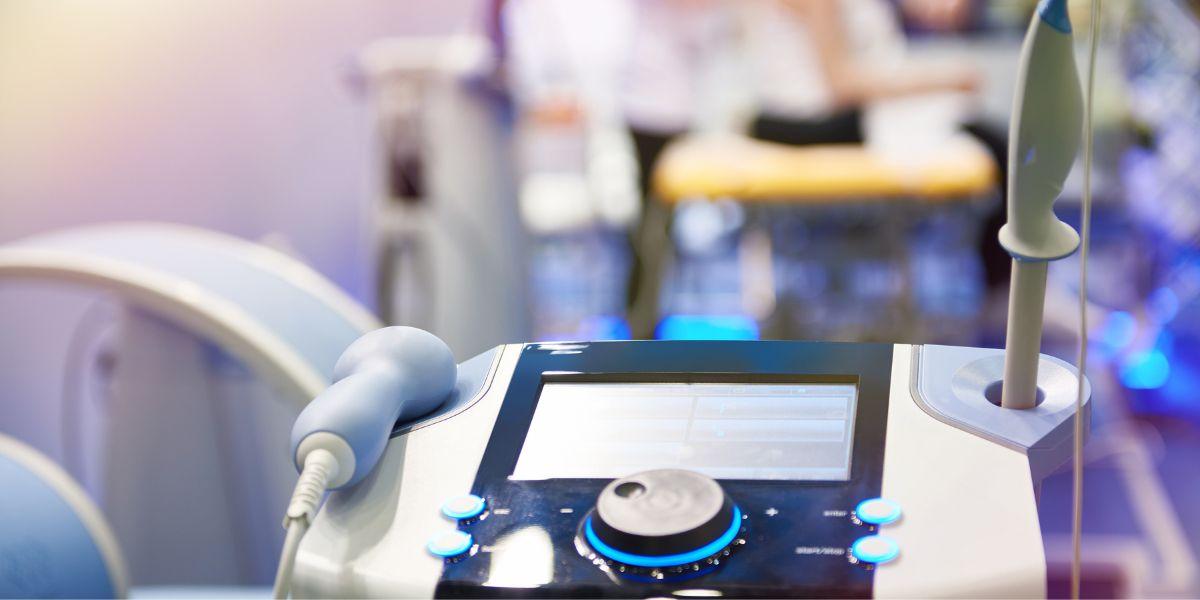 How Does Low-Intensity Shockwave Therapy for Erectile Dysfunction Work?

Low-intensity extracorporeal shockwave therapy is a non-invasive procedure that can help improve erectile function and sexual performance due to an increase in blood flow.

For this in-office procedure, the certified medical practitioner uses an acoustic wave handpiece that puts off low-intensity acoustic waves to the penis. Studies (animal studies) have shown that this acoustic therapy helps stimulate the formation of new blood vessels.

The formation of new blood vessels allows for healthy blood flow to the erectile tissue, helping men have a healthy erection. Acoustic wave therapy in patients dealing with erectile dysfunction can help you reconnect with your partner.

Does Acoustic Shockwave Work For ED?

Shockwave therapy has been shown to be successful in treating ED. According to a 2010 study, men saw an improvement in their erectile dysfunction, and some were able to stop using PDE5 inhibitors (like viagra). This means low-frequency is an alternative treatment option to PDE-5 medicine.

In another review of clinical studies, they looked at shockwave therapy in the treatment of erectile dysfunction. In the study of patients with ED who didn’t respond to oral medications and had multiple cardiovascular risk factors, and other health issues like diabetes, they found that they were able to achieve erections and begin the use of PDE-5 inhibitors to help them have intercourse again. None of the men reported adverse events.

If you have any questions about the beneficial effects of this sound waves treatment, contact Choice Men’s Health. Our certified medical staff will be happy to talk to you about the success rate of our treatment protocols.

How Long Does Acoustic Wave Therapy For ED Last?

The effects of acoustic wave therapy can be different for each individual.  Many factors can determine the effects of shockwave therapy, like the severity of the ED, lifestyle factors, and other underlying health conditions.

Typically most men have seen long-term success in this alternative treatment, while others may still need some medication.

How Long Does It Take For Shockwave Therapy To Work?

This depends upon the individual.  Some may see results immediately, while it might take a few weeks for others to see an improvement in the duration of their erection.

How Often Should You Do Shockwave Therapy For ED?

The treatment frequency will vary for each individual patient. If you’ve been asking yourself if acoustic wave therapy works, you owe it to yourself to talk to our erectile dysfunction specialists. Acoustic wave therapy has helped men see an improvement in the duration of erection and erection performance.

Our staff will use an Acoustic Wave Therapy Machine to apply low-intensity sound waves that can help improve blood flow issues through a process called neovascularization.

The benefits of these therapies cause an improvement of blood supply to the penis and can help men with moderate erectile dysfunction possibly get off medication.

Get The Response You Want From Shock Waves

Men looking for other treatment options besides injections or are looking to avoid complications or side effects have turned to shock wave treatments.

While this technology is used to treat the recovery of soft tissues like tendons, muscle, and cellulite, it still isn’t FDA-approved for erectile dysfunction.

However, according to the research data, many men have seen improvements in the rigidity of their erections, and some responders have even been able to reduce their medication. The benefits and the ability to have great sex again with these therapies are increasing.

If you’re tired of dealing with the stress of having to pop a pill or take something in order to be intimate with your partner, you owe it to yourself to pick up the phone and call (404) 400-3717 and schedule your acoustic wave therapy appointment today!

Is The Therapy Painful?

Most patients may feel a tingling sensation, but the process is painless without adverse effects.

Where Is The Best Acoustic Wave Treatment In Atlanta?

The best place for you to get shockwave therapy for ED is a place that makes you feel comfortable. Choice Men’s Health offers a private and confidential office. We take your privacy seriously. We also have same-day appointments, so schedule a treatment session today!

1. Acoustic Wave Therapy (AWT) is a non-invasive, drug-free treatment for musculoskeletal pain and has been used since the early 2000s.

2. AWT uses high-energy sound waves to stimulate the body’s natural healing process. One of the ways is through neovascularization which creates new blood vessels.

3. AWT is used to treat a variety of conditions, including plantar fasciitis, Achilles tendonitis, shoulder pain, and knee pain. It is now being used as a treatment for erectile dysfunction.

5. The sound waves used in AWT are created by a device that is placed over the affected area.

6. AWT is a safe and effective treatment with few side effects.

7. The sound waves used in AWT are focused and penetrate deep into the tissue, stimulating the body’s natural healing process.

8. AWT can be used to treat both acute and chronic pain.

9. According to a 2013 study, AWT was found to be effective in reducing pain in 81% of patients with plantar fasciitis.

10. A 2011 study found that AWT was effective in reducing pain in 86% of patients with chronic neck and back pain.

11. A 2016 study found that AWT was effective in reducing pain in 91% of patients with shoulder impingement.

Why Choose Our ED Treatment Clinic

We keep the information you gave us safe and secure.

Our 1-on-1 consultations are confidential. We will never share your info with anyone.

Our treatments are proven and effective. We guarantee results on your first visit.

We are dedicated to helping men regain the best years of their life. See how we can help you.

Contact Choice Men’s Health To See How We Can Improve Your Sexual Performance!

If you’re starting to notice early symptoms of erectile dysfunction or are tired of having to take ED medications like the little blue pill, our Acoustic Wave ED Treatment can help you see an improvement in your sex life.

Low-intensity shock wave therapy can help you have a firmer erection, get you back in the bedroom, and help you reconnect with your partner leading to a higher quality of life.

At Choice Men’s Health, our medical professionals have the experience and knowledge for the treatment of erectile dysfunction.  With cutting-edge treatment and medical devices, we can help counteract poor blood flow and help you have a fulfilling sex life.

To learn more about how this non-invasive and painless procedure can help treat erectile dysfunction, call (404) 400-3717, or fill out the form here.

If you’re looking for the best Acoustic Wave Therapy Near Me, Contact Choice Men’s Health Today.

We can help you enjoy your sex life again with The Best Acoustic Wave Therapy. 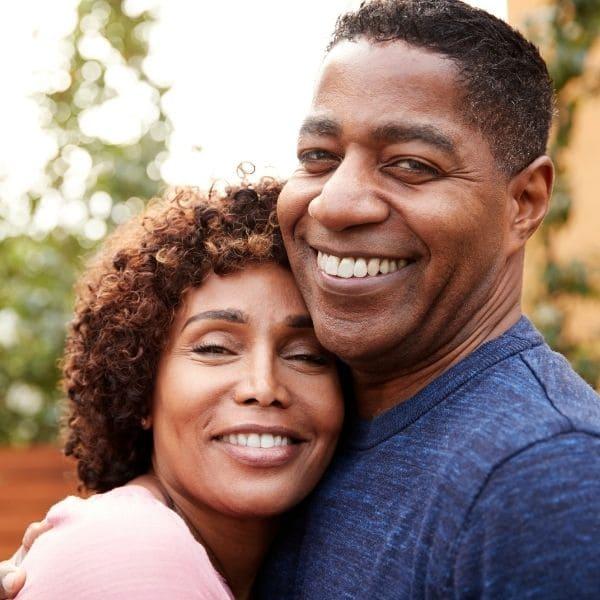